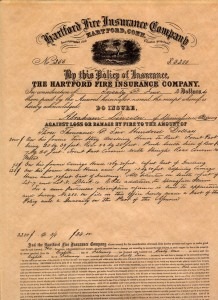 Core-Vens & Company, Inc. was founded on September 1, 1963 by Bill Core and Ray Vens. The office was located at 1531 North Second Street, the former corporate office of Joyce Lumber Company. Because of their progressive and aggressive nature, the Core-Vens agency had an immediate impact on the insurance industry for the residents and businesses in Clinton.

The company entered the computer/automation era in 1985 under the direction of Mike Vens, then a producer and stockholder at Core-Vens. The first agency management computer system was installed. Quoting several insurance companies simultaneously was one of the major advantages of this system.

In 1991 the corporate office was relocated to its current location at 2301 North Second Street, Clinton. A growing staff and the need for a more efficient office environment prompted the move. In 1995 the Davenport office was opened with a secretary and one rotating producer handling the sales.

Core-Vens has experienced consistent growth since its inception, experiencing over 10% annualized volume increase for almost 50 years. The initial two producer, one secretary staff has also grown to 17 employees staffing the two office locations in Clinton and Davenport, Iowa.

Over it’s history, Core-Vens has enjoyed very strong relationships with exceptional insurance companies which has allowed the agency to grow. Companies like Auto-Owners and EMC Insurance Companies have been a part of the Core-Vens history since inception and remain the largest volume insurance companies for the agency. Many other national and regional carriers have contributed to the success of the agency over the years.

The agency considers one of its greatest assets to be its employees. Over the course of its over fifty-year history the company has had the great fortune of a very dedicated, knowledgeable, professional and loyal staff.

Core-Vens & Company, Inc. has had the privilege of serving the residents and businesses of Eastern Iowa & Western Illinois for over 50 years. Service is our business. Applying that service to your needs and providing for your satisfaction is our goal.

To assist companies with protecting and maximizing assets, resources, and opportunities.